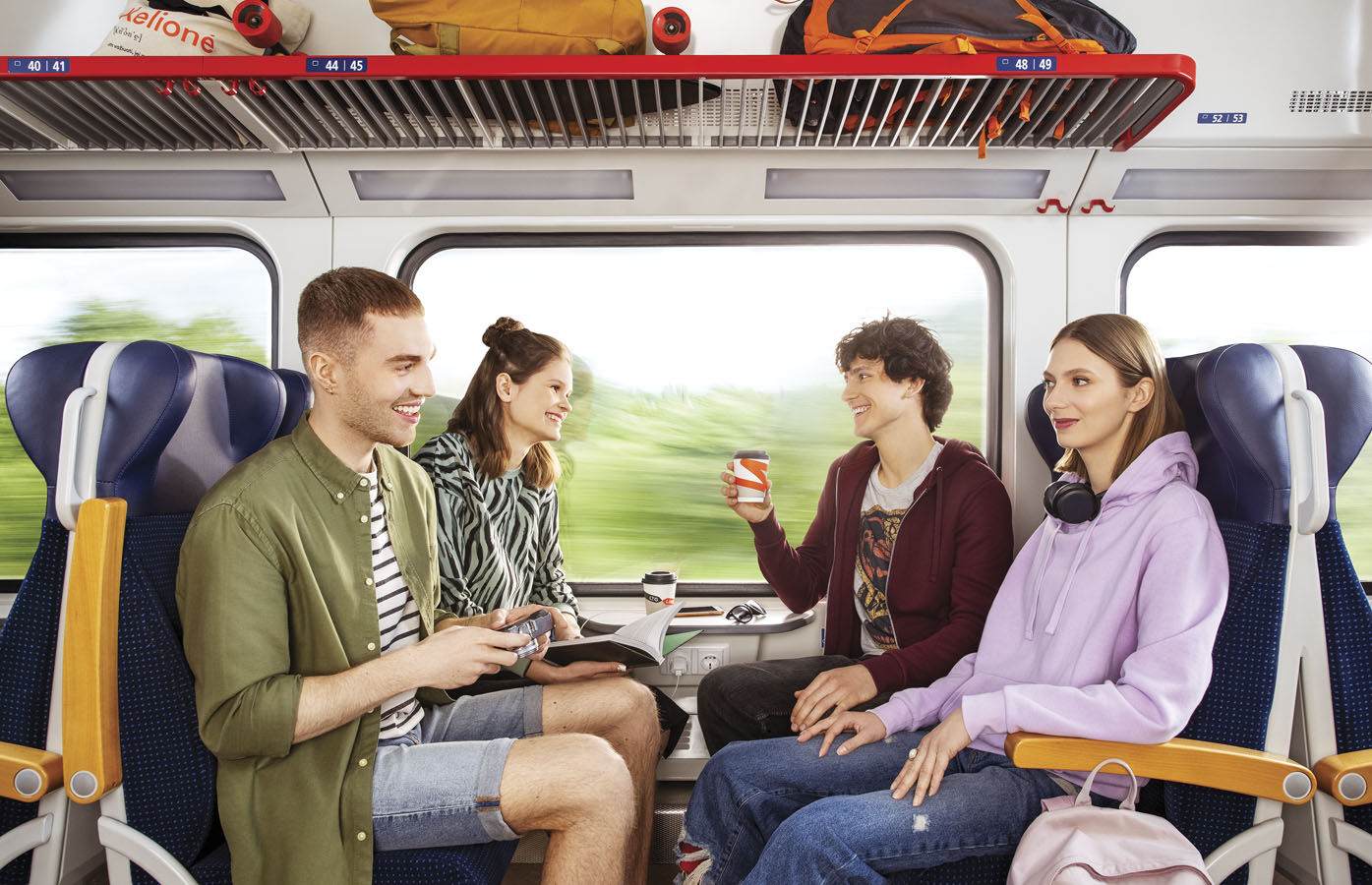 Have you seen? Don't worry! The photo shoot was image-based, with the entire team working in accordance with Covid-19 security requirements (actors were tested). Please note that during the quarantine in Lithuania, it is essential to wear protective face masks when travelling by train. Let's keep each other safe.

We are UAB LTG Link, a company within the AB Lietuvos Geležinkeliai corporate group and we are sharing the idea of travelling. Travel to the seaside, travel home or travel to places yet undiscovered.  Every day, we all work together to make every train journey a pleasant experience - comfortable and hassle-free. And with this project "Going Green", we are challenging You to ask yourself, what footprint do Your decisions have? We also want to point out that by travelling by electric train, you are travelling without leaving a footprint on nature and contributing to reducing the impact of climate change.

The Green Deal: what is it and why is it important?

Today's biggest challenge and opportunity is to become the world's first climate-neutral continent by 2050. To this end, the European Commission has introduced the European Green Deal, the most ambitious set of measures to enable European citizens and businesses to benefit from a sustainable transition to a green economy.

The measures accompanying the initial roadmap of key policies range from large-scale emission reductions to investment in cutting-edge research and innovation and preserving Europe's natural environment.

The main objectives are to make Europe the first climate-neutral continent, to ensure no net-zero greenhouse gas emissions (GHGs) by 2050 and to de-link economic growth from the use of natural resources.

The Green Deal highlights the coherence between opportunities for economic growth and action to mitigate the effects of climate change. This is a reflection of the European Commission's ambition and innovation on climate change. Mobilising industry for a clean circular economy is one of the means to achieve the Green Deal.

LTG Link, together with the entire LTG Lietuvos Geležinkeliai Group, aims to contribute to the implementation of these goals through strategic projects:

We are grateful that you choose trains as an eco-friendly alternative to travelling. This autumn, we're introducing another way to save the environment - we've installed waste sorting bins at the doors of trains on the Vilnius-Kaunas-Vilnius and Vilnius-Trakai-Vilnius routes.

LTG Link is Going Green by making responsible daily decisions, by avoiding printing as much as possible and if forced to use printed products we give priority to recycled materials (disposable recyclable cups for hot drinks, menus on trains).

When selecting partners to work with, we pay attention to how sustainably they operate and give priority to those who are socially responsible.

Rail is one of the greenest modes of transport

As Europe strives to become the first climate-neutral continent, the year 2021 is the European Year of Rail. This year, various events and other initiatives are being organised to promote this environmentally friendly, comfortable and safe way of travelling. The aim is to increase the proportion of people and goods travelling by rail, in line with the objectives of the European Green Deal.

Did you know that as of 2018, all our electric trains run exclusively on electricity from renewable energy sources?

While researchers have found that car journeys have fallen in major cities and it is predicted that 50% of journeys will be made by public transport, cycling or walking in the coming years, the latest research from the European Environment Agency (EEA) confirms that transport pollution has risen significantly compared to 1990 levels. In particular, between 1990 and 2018, pollution from the transport sector as a whole increased by 28%, underlining the urgent need to promote low-carbon transport solutions in all European cities.

To raise awareness of sustainable travel choices, we turned one of our electric trains into a reflection of nature for the World Earth Day.